This one started a little differently than most of my grave photos - this one started with an "In Memoriam" notice in the Chicago Daily Tribune on September 16, 1929.  The Notice said:

BANZULY - Daniel Banzuly.  In loving memory of our darling, son of Robert and Minnie Banzuly, fond brother of Michael and Rose Aronfeld, who passed into eternal rest one year ago today.
YOUR BROKEN-HEARTED FAMILY

So I pulled the death certificate for Daniel Banzuly to see what happened. 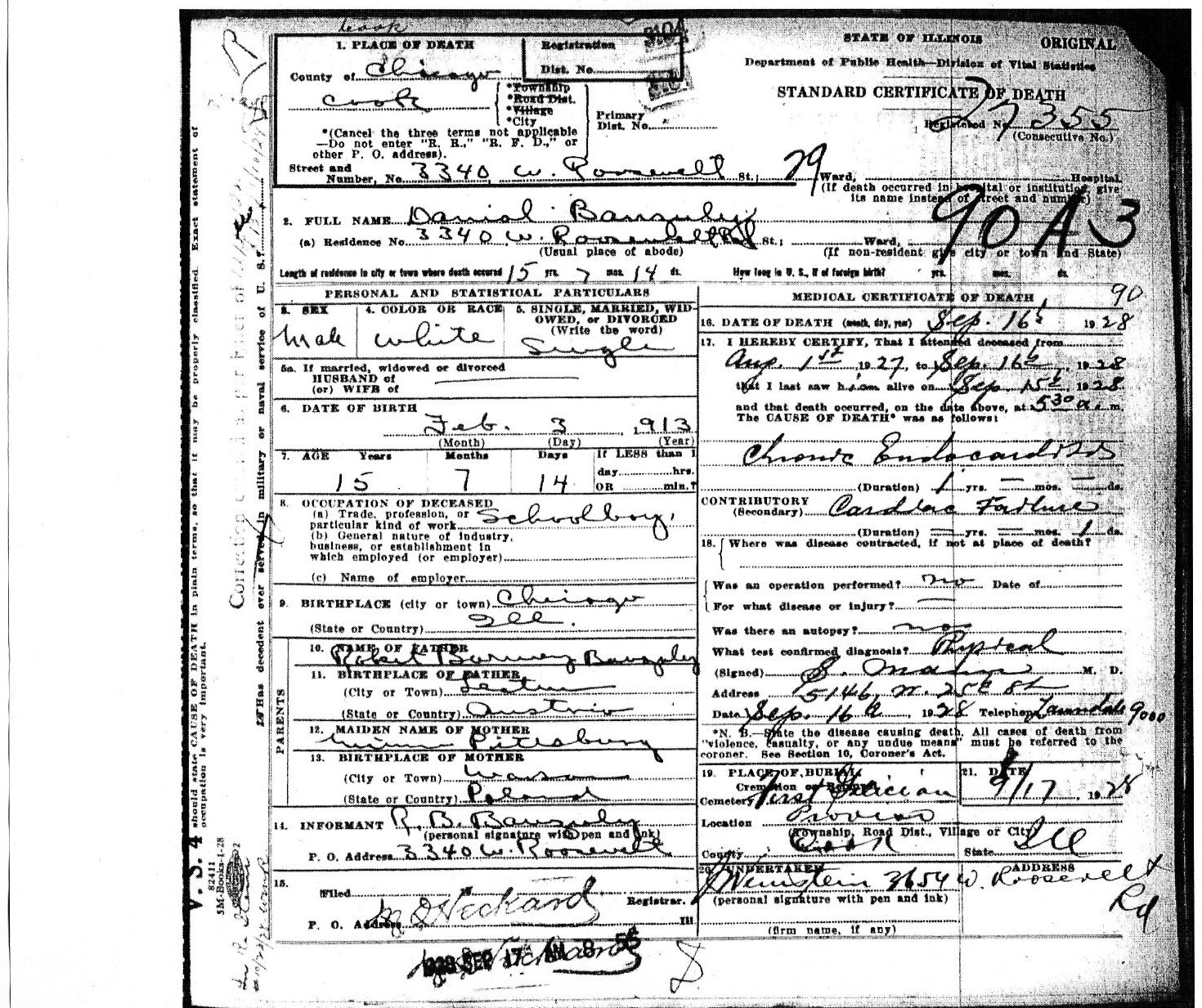 As you can see, Daniel Banzuly died at the age of fifteen in his home on September 16, 1928 of chronic endocardosis and cardiac failure. Daniel is buried with his family at Jewish Waldheim Cemetery, Gate 201 - First Gallician Aid Society. 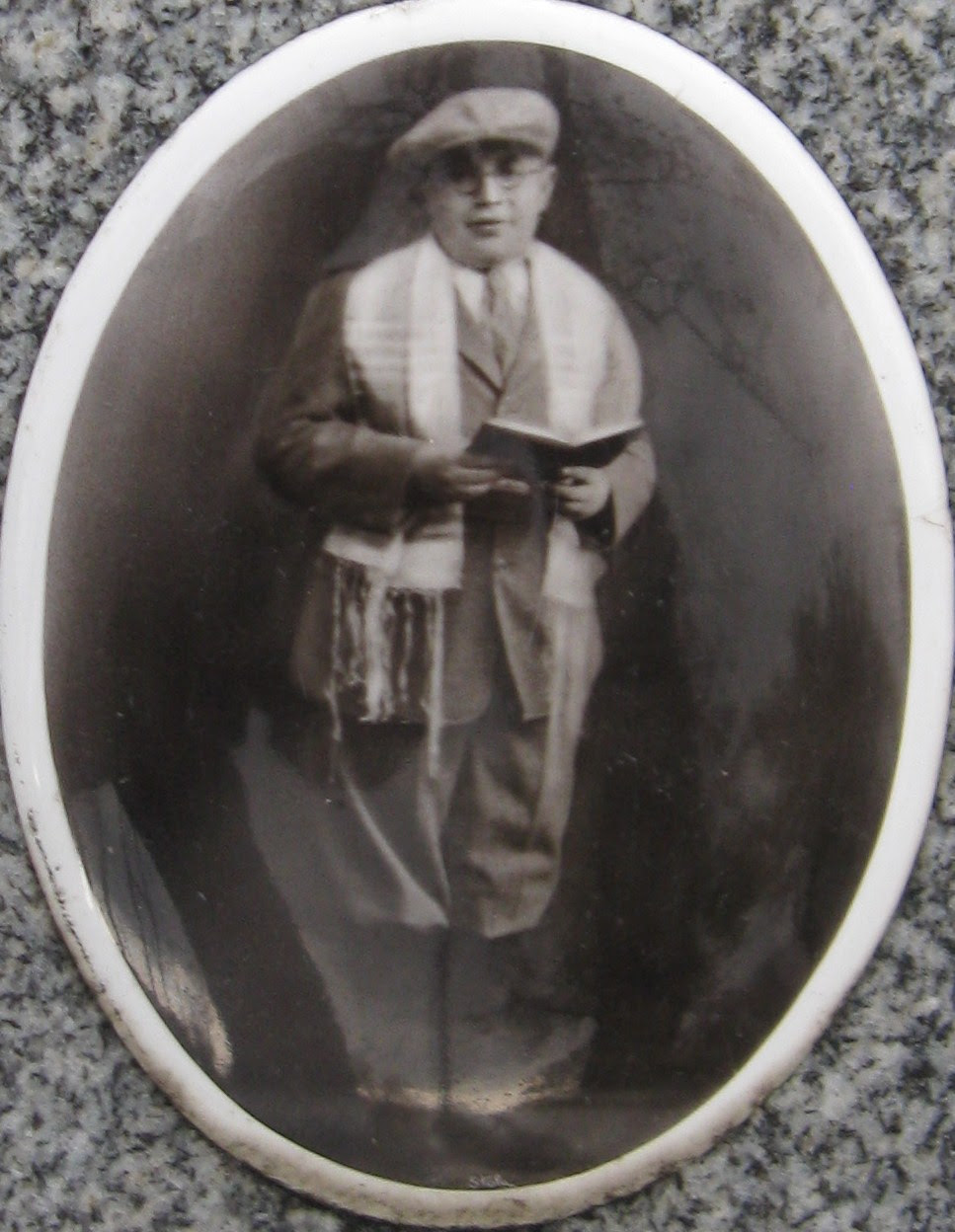 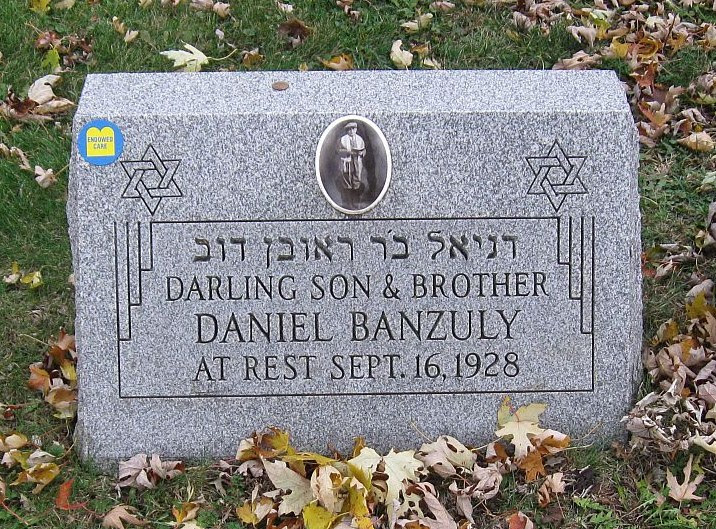 I'm sure his family never got over the loss of their dear son and brother at an age where he had his whole life ahead of him.  Daniel may be gone, but he is not forgotten.  May Daniel and his family rest in peace.
Posted by Jim Craig at 6:07 PM 0 comments

THE SINS OF THE SON ARE VISITED ON THE FATHER - Nathan F. Leopold, Sr.

Most Chicagoans are familiar with the story of Richard Loeb and Nathan Leopold, Jr.  They were two brilliant and wealthy young men who set out to commit “the perfect crime” in 1924 by kidnapping and murdering young Bobby Franks.  They did not commit the perfect crime – they made some foolish mistakes and were soon caught, and after a sensational trial sentenced to life imprisonment.   If you are not familiar with the story, there is a good synopsis in Wikipedia:

Few realize that there are more people who suffer when a heinous crime is committed than the victim himself.  The families of the victims suffer, of course, but few ever think about the families of the perpetrators who also are victims “by association.”  This came to my mind several weeks ago when I was driving through Rosehill Cemetery and came upon an imposing monument that said “LEOPOLD” and the flat gravestone labeled “Father - Nathan F. Leopold, 1860-1929”.  Mercifully, Nathan Jr.’s mother died in 1921 before the crime was committed but Nathan Sr’s obituary from the Tribune tells a sad tale of this forgotten victim:

Nathan F. Leopold, Sr., wealthy financier died last night at the Michael Reese Hospital.  He was operated on ten days ago by Dr. Solomon Strauss and his condition had been reported improving until yesterday afternoon.  He had been in the lake transportation business since 1876, but retired recently.

Mr. Leopold’s life was saddened in 1925 in the discovery that his son, Nathan F. Leopold, Jr., had killed little Bobby Franks, a crime to which young Leopold and Richard Loeb pleaded guilty.

After the trouble over his son Mr. Leopold and his two other sons, Foreman and Samuel, moved from the old home at 4754 Greenwood Avenue.  In 1927 Mr. Leopold married Mrs. Daisy K. Hahn of Los Angeles and after a wedding trip they resided at 420 Roscoe Street.

During the last winter the Leopolds were in California.  Soon after their return last month Mr. Leopold became ill and an operation was deemed necessary.  Dr. Strauss said the ailment was something similar to gallstones.  Chicago Daily Tribune – April 5, 1929

In a strange twist of fate, the family of Richard Loeb, the family of Nathan Leopold, Jr. and Bobby Franks and his family are all interred in Rosehill Cemetery.   May they rest in peace. 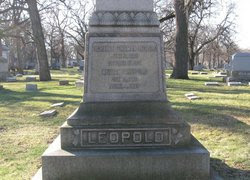 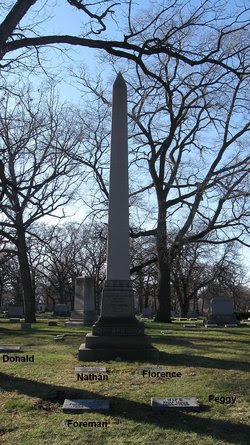 WHAT IS THAT ON HIS TOMBSTONE??? - Wallace Rader

Yesterday on my lunch hour I went over to the Irving Park Boulevard Cemetery to do a Find a Grave photo request (what else?).  After I had taken the photo as I walked back toward my car, I looked over the tombstones to see if any looked interesting - then I saw the stone for Wallace Rader: 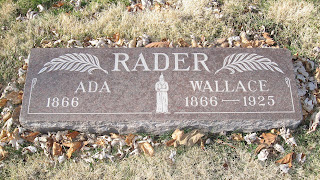 What is the significance of the hooded figure in the center of the tombstone?  Sure looks like the Ku Klux Klan to me.  But I can't believe the cemetery would have approved that design.  My cousin said "maybe that's why his wife didn't want to be buried with him".  Someone else said it was the angel of death - but I don't think the angel of death wears a white hood.

As a student of history I thought that I was aware of most all of the maritime disasters of modern times.  A trip to Rosehill Cemetery last week proved me to be wrong.  As I was photographing the grave of a prominent Chicago rabbi for kevarim.com, I looked over and saw an inscription on a large monument:


I had never heard of the steamship Schiller, or of a disaster about her.  A look at Wikipedia gave me the horrendous details:

SS Schiller was a 3,421 ton German ocean liner, one of the largest vessels of her time. She plied her trade across the Atlantic Ocean, carrying passengers between New York and Hamburg for the German Transatlantic Steam Navigation Line. She became notorious on 7 May 1875, when while operating on her normal route she hit the Retarrier Ledges in the Isles of Scilly, causing her to sink with the loss of most of her crew and passengers, totaling 335 fatalities.

The ship was built 380ft long with a 40ft beam in Hamburg in August 1873 for her German owners, and had plied the Atlantic routes for just two years without major incident. In addition to her load of 254 passengers, she was carrying 250 mail bags intended for Australia, highly valuable general cargo, and 300,000 $20 coins totaling £60,000 at contemporary value and over £6 million today.

The ship was engaged to sail from New York on 27 April 1875, and had arranged to call at Plymouth and Cherbourg on her route homeward to Hamburg. She made excellent time with her combination of two masts and engines, and by 7 May was nearing her first port of call at Plymouth on the Devon coast.

Captain Thomas needed to slow due to poor visibility in thick sea fog as she entered the English Channel, and was able to calculate that his ship was in the region of the Isles of Scilly, and thus within range of the Bishop Rock lighthouse which would provide him with information about his position. To facilitate finding the islands and the reefs which surround them, volunteers from the passengers were brought on deck to try to find the light. These lookouts unfortunately failed to see the light, which they were expecting on the starboard quarter, when in fact it was well to port (nautical). This meant that the Schiller was sailing straight between the islands on the inside of the lighthouse, leaving the ship heading towards the Retarrier Ledges.

The Schiller grounded on the reef at 10pm, and sustained significant damage, but not enough in itself to sink the large ship. The captain attempted to reverse off the rocks, pulling the ship free but exposing it to the heavy seas which were brewing, which flung the liner onto the rocks by its broadside three times, stoving in the hull and making the ship list dangerously as the lights died and pandemonium broke out on deck as passengers fought to get into the lifeboats.

It was at these boats that the real disaster began, as several were not seaworthy due to poor maintenance and others were destroyed, crushed by the ship's funnels which fell amongst the panicked passengers. The captain attempted to restore order with his pistol and sword, but as he did so, the only two serviceable lifeboats were launched, carrying 27 people, far less than their full capacity. These boats eventually made it to shore, carrying 26 men and one woman.
On board the ship the situation only became worse, as breakers washed completely over the wreck. All the women and children on board, over 50 people, were hurried in to the deck house to escape the worst of the storm. It was there that the greatest tragedy happened, when before the eyes of the horrified crew and male passengers, a huge wave ripped off the deck house roof and swept the occupants into the sea, killing all inside.

The wreck continued to be pounded all night, and gradually those remaining on board were swept away or died from exposure to cold seas, wind and resulting hypothermia, until the morning light brought rescue for a handful of survivors.

The recognized manner of signaling disaster at sea was by the firing of minute guns, carried on all ships for signaling purposes. Unfortunately, it had become the custom in the islands to fire a minute gun as your ship passed safely through the area, and so the firing of the Schiller's guns failed to produce hoped for rescue. Such an operation at night and in the dark would have been near impossible anyway with such high seas, and thus it was not until the first light that rescue craft began arriving.

St Agnes pilot gig, the O and M, was summoned to investigate multiple cannon shots. Her crew discovered the mast of the sinking Schiller. The O and M rowed to pick up five survivors before returning to St Agnes for assistance. Steamers and ferries from as far away as Newlyn, Cornwall, assisted the rescue operation.

Of her original 254 passengers and 118 crew, there were 37 survivors. The death toll, 335, made the disaster one of the worst in British history.

Along with Moses Kahn, another of the victims of the disaster whose body was never recovered, was Joseph Schlitz, the brew master from Milwaukee.  Furthermore, in respect to the great assistance that the inhabitants of the Scilly Isles made to assist the mostly German people on board the Schiller, orders were given in the two World Wars to spare the Isles of Scilly from being attacked by German forces.

It is always a tragedy to lose a loved one in a disaster, but the tragedy is compounded when there is not even a body to bury.  May Moses Kahn, and all the victims of the SS. Schiller, rest in peace. 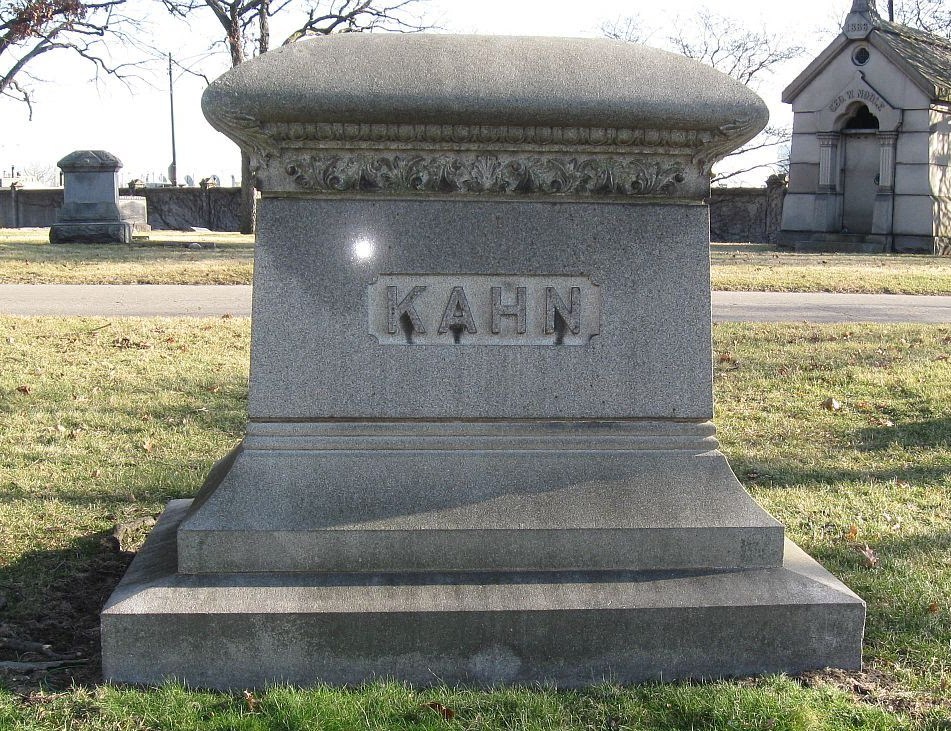