THE HERO OF THE FAVORITE - William A. Hofnauer

After reading about the heroic actions of William Hofnauer in helping rescue over forty persons from the sunken excursion ship the Favorite (see previous post), I decided to try to find where he was buried.  After some research I found William Hofnauer, his wife Lillian and their daughter Doris Hofnauer Kehm (Hofnauer's yacht was named the "Doris") in the mausoleum of Rosehill Cemetery on the lower level.  Here is his obituary and photos of his crypt:


William A. Hofnauer, 68, of 1200 Lake Shore dr., president of the Chicago Waste company, cotton waste processors, died yesterday in Grant hospital. In 1927, he and the three crewmen of his yacht, the Doris, a 185 footer, rescued forty persons from the lake when an excursion boat, the Favorite, foundered during a squall. Mr. Hofnauer received a citation from the city council and a gold police star. Mr. Hofnauer is survived by his widow, Lillian. Services will be held at 2 p.m. tomorrow in the chapel at 25 E. Erie st.
Chicago Daily Tribune - June 7, 1956 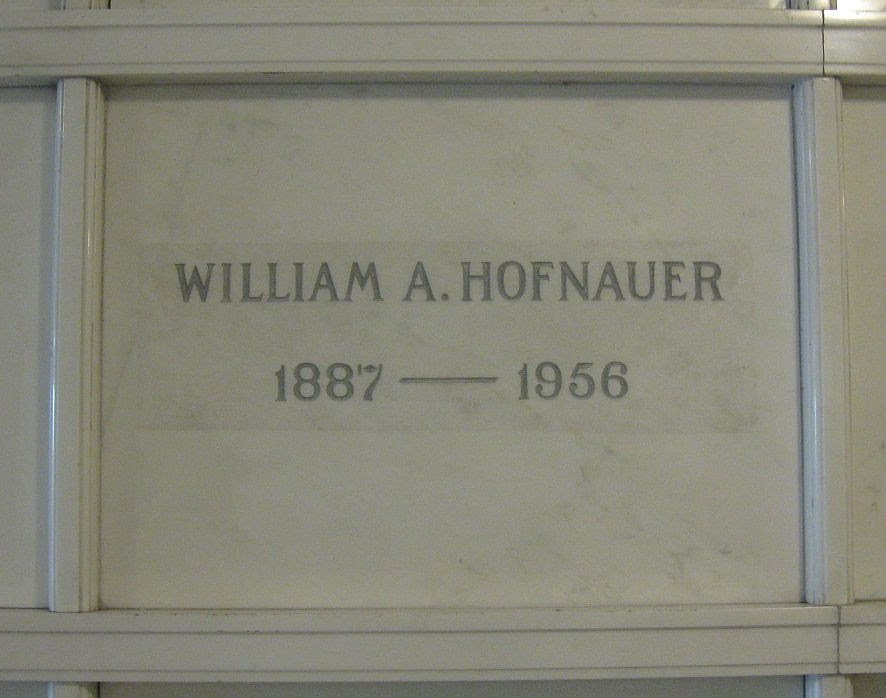 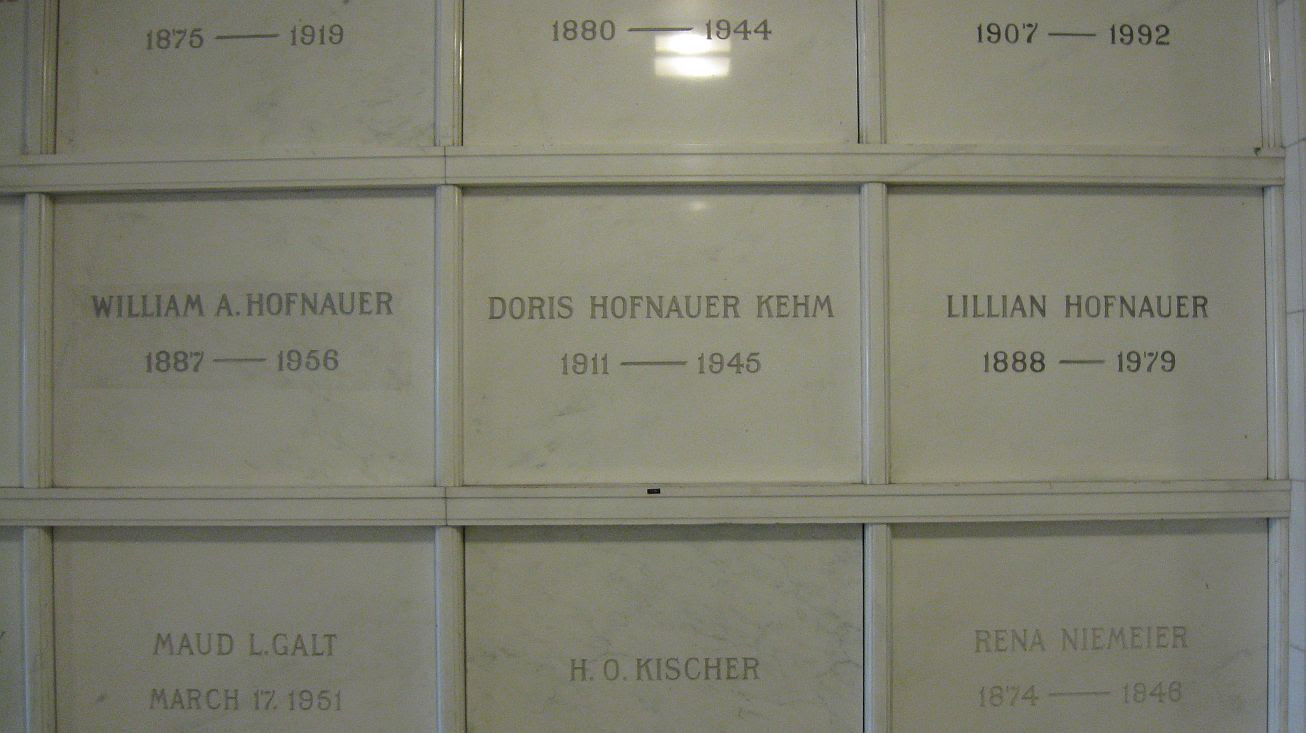 May the Hofnauers, and all the victims of the Favorite, rest in peace.
Posted by Jim Craig at 9:25 PM 0 comments